La Nacional
At the junction of Greenwich Village, Chelsea and the Meatpacking District, is La Nacional, the old cultural center in the city. With live events, classes, authentic cuisine, art, music and more, it is a non-profit organization that supports the expression and promotion of a diverse diverse culture.
Since its foundation in 1868, La Nacional has served as a meeting point for political and revolutionary dissidents, avant-garde poets and artists, including the innovative director Luis Buñuel and the modernist poet Federico García Lorca, who wrote sections of his famous anthology “Poeta in New York “during his time in the Society.
With the responsibility that comes with knowing their background well, and for the first time at the next 2018 festival, the Kerouac Festival will have this spectacular space as one of its venues. 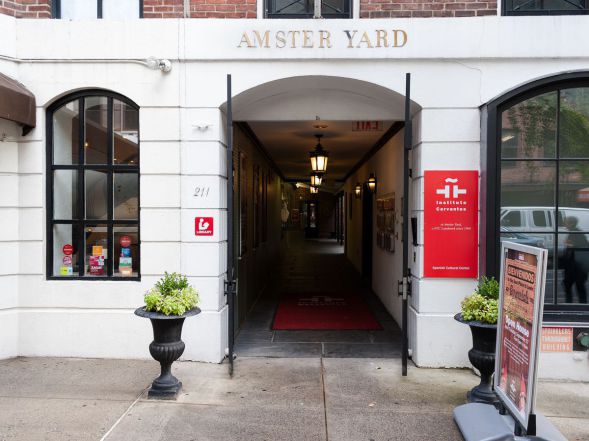 Instituto Cervantes NY
Instituto Cervantes is a non-profit organization created by the Government of Spain in 1991. Its mission is to promote the teaching of Spanish and the co-official languages ​​of Spain, as well as to contribute to the dissemination of the culture of Spanish-speaking countries. It is present on four continents with more than 75 centers.

For our act, we will use the Auditorium, fully equipped and with capacity for 144 attendees.

Bowery Poetry Club
Bowery Poetry Club, is one of the temples of poetry in the Big Apple, center of inspiration for poets from all over the world and an institution that strives to spread oral poetry and the lyrical word in all its forms.
Since 2015 we have the pleasure and responsibility to collaborate continuously with this great North American institution.

We exchanged poets between the Kerouac Festival and the institution, and 5 poets have already traveled to Vigo from NY sponsored by Bowery. In April it is up to us to reciprocate this exchange.
We will use their room and all their media for communicate the event.